Anemone Is Not The Enemy

Anemone lives alone in the
rock pool. The tide comes in and
the tide goes out.

All Anemone wants is a friend,
but friends are hard to make
when you accidentally sting
everyone who comes near you.

Perhaps Clownfish has a solution
to the problem . . .

You can buy from the shops listed below (in no particular order). 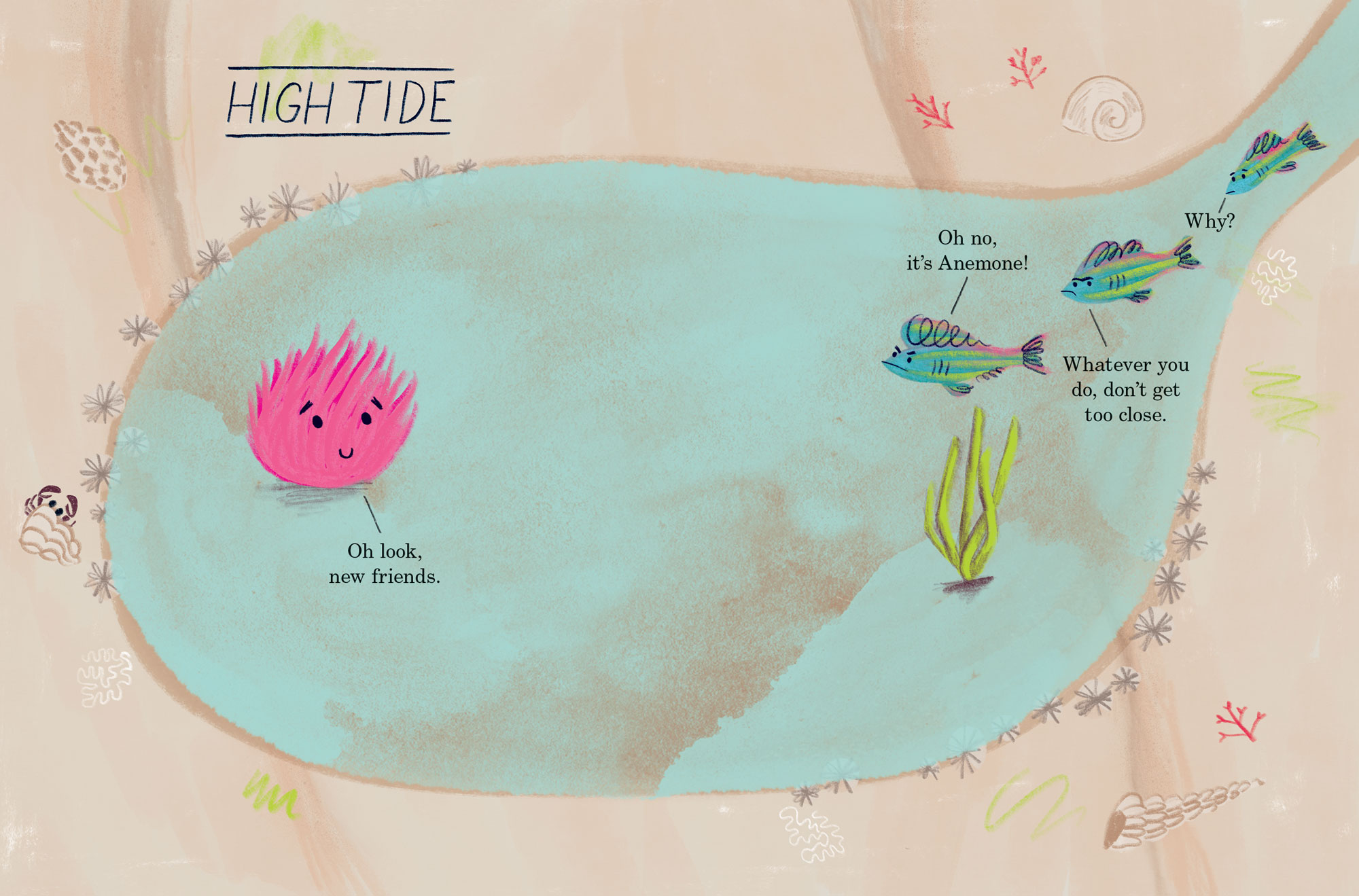 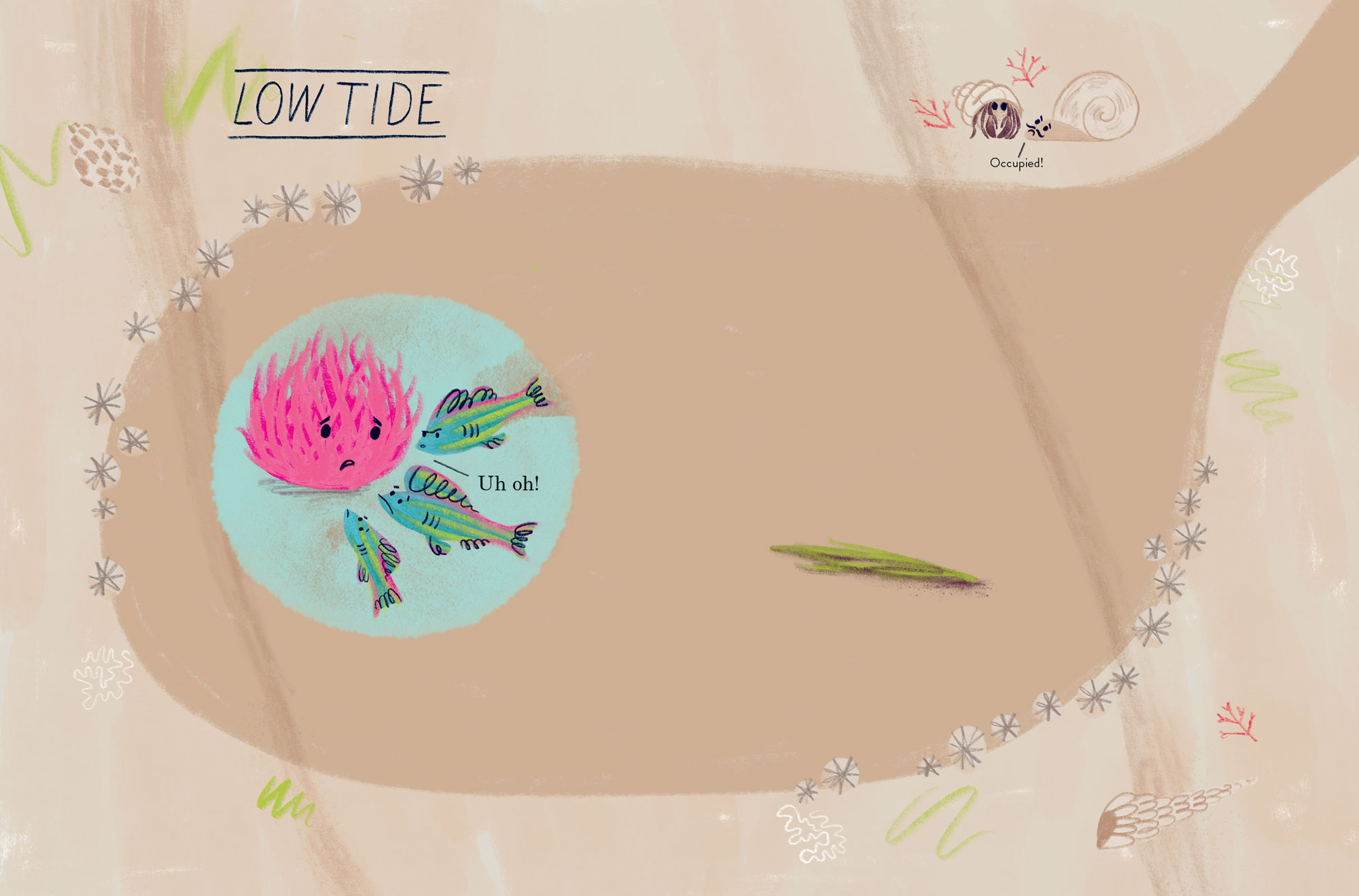 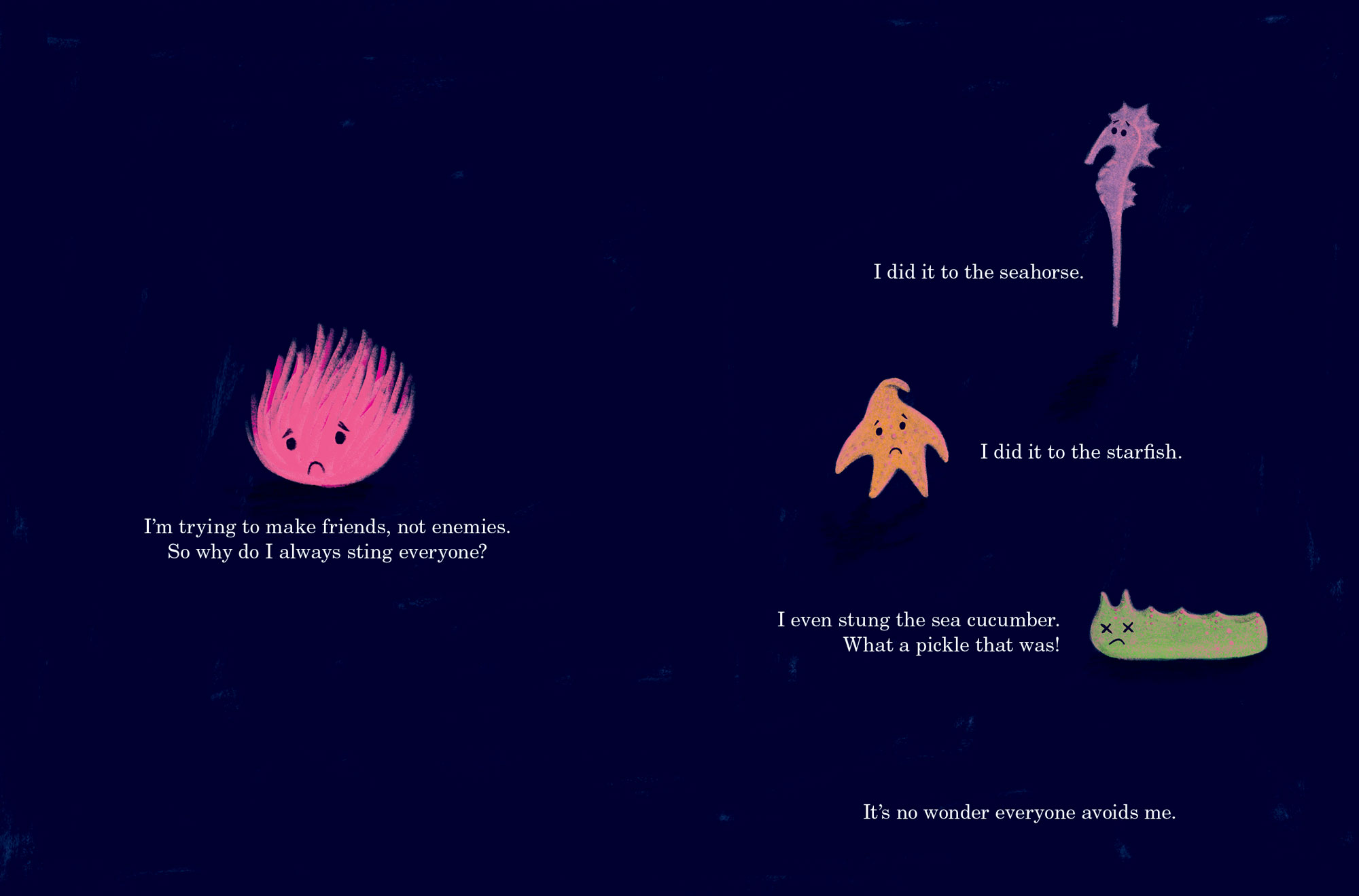 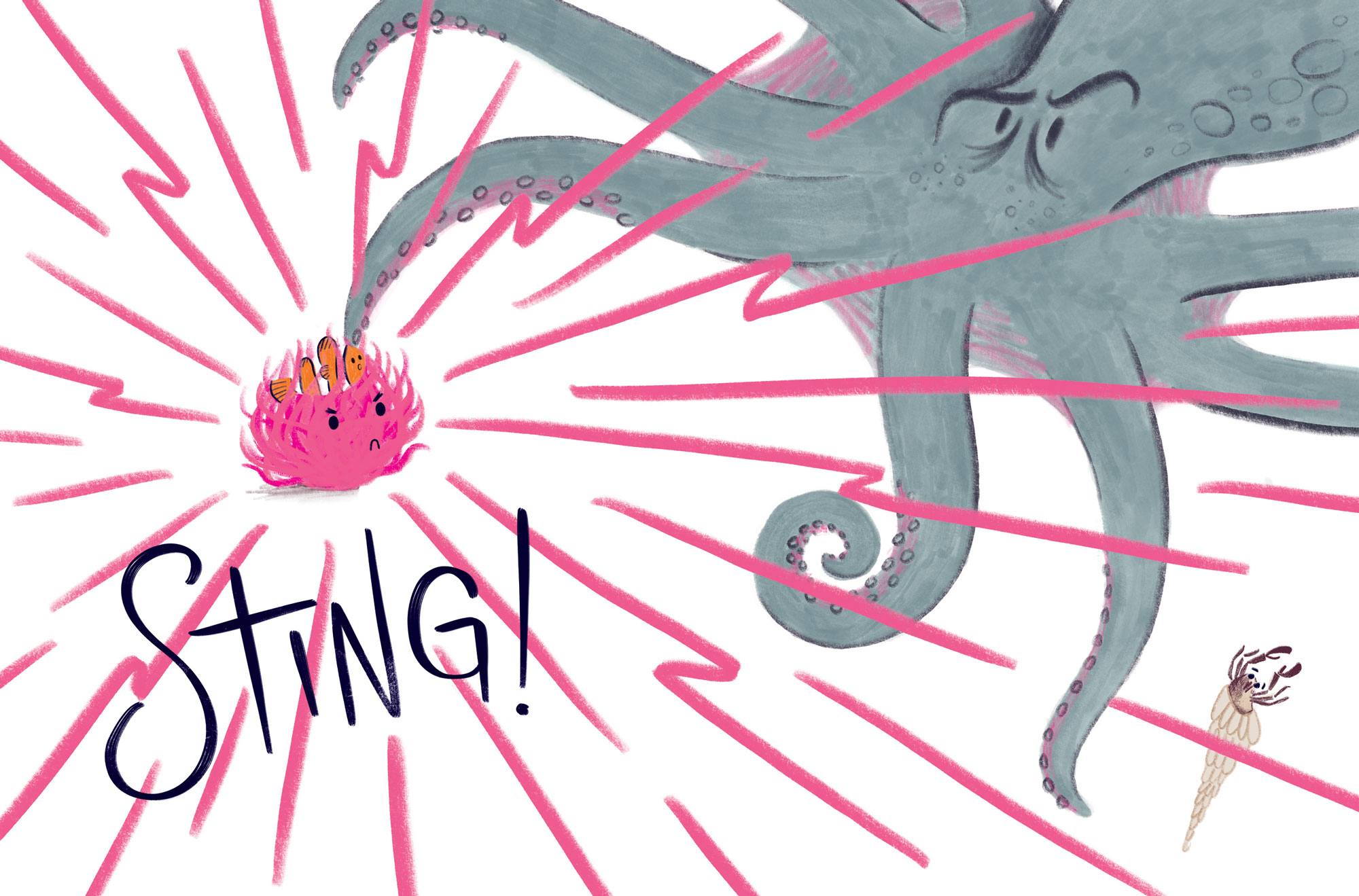 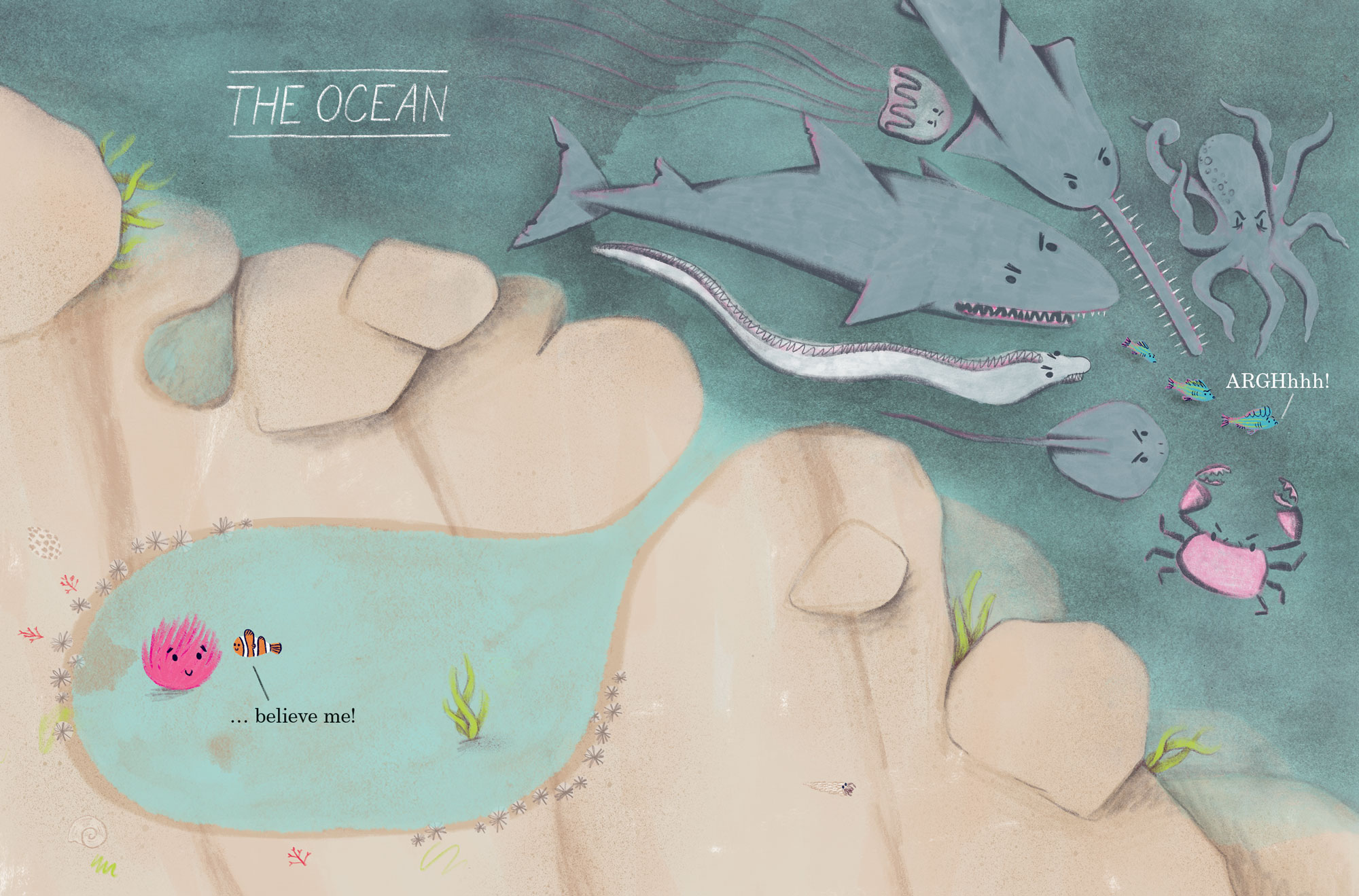 The idea for Anemone is Not the Enemy began with the title. I felt like there was a story there. Still, it wasn't until one day, on a flight up to Brisbane, I looked out the window down at the coastline and had the idea of the tide rising and falling in a rock pool as a unique plot driver which unlocked the whole story for me.

This book is like a play/theatre set, told almost purely in dialogue with only the characters and tide height changing from scene to scene. I built interest, pace and visual breaks by including two white and neon 'sting pages' and a dark 'despair page'. The final spread shows the rock pool zoomed out – revealing to the reader the answer to Anemone's earlier questions about the ocean beyond.

Anna McGregor is a creator of modern, quirky and conceptual stories with humour and heart. Since beginning her career as a graphic designer, Anna is now emerging as an award-winning picture book author/illustrator.

Anna has a deep curiosity of all things and finds her ideas by turning the mundane on its head, merging ideas or exploring wordplay — but always with a story that connects to the human experience.